Well When Lynda chapman was on Create & Craft with Pollyanna Pickering and I saw the artwork I just had to order it. 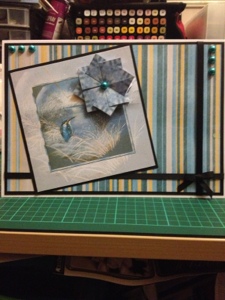 The 1st card I made was a 7x10 inch card and I used black card to mat and layer with. I used the backing paper, image & tea bag tiles from the cd rom. I was pleased with the out come of the teabag folding as I have not done it for a while. I added black ribbon, and turquoise pearls. 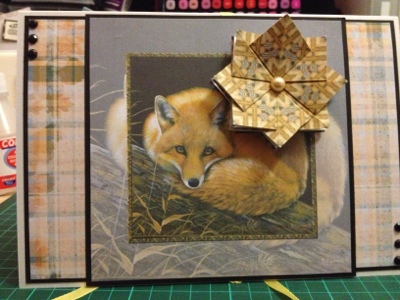 The 2nd one I have made was a stationary set which had notelets and envelopes which were on the cd rom. I used black card for mat and layering. I think Lynda Chapman has influenced me on the black card. 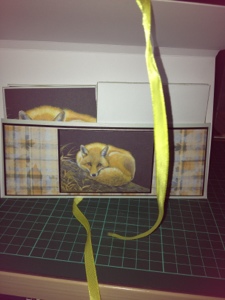 I used the teabag topper from the cd rom and the teabag tiles, and the backing paper is from the cd as well. I also used yellow ribbon and black gemstones to bling it up.
The cd rom is called Pollyanna Pickering's British Wildlife and is available to order from www.creativecraftingworld.co.uk
Posted by sam at 00:53

sam
Hi there my name is Sam and I am 46 years young. I have been making cards for about 10 years now. I have a wonderful husband who is very supportive of my hobby and I usually ask him if my cards are ok. I have a son called Damian, and two west highland white terriers jock who we have had since a puppy called Dante and Now a new dog that we inherited called Henry and he is a shih tzi. I do love cardmaking more so the last 12 months and I love learning new techniques. I am on the design team for a lovely lady called Lynda Chapman who goes on the Create and Craft channel to bring her products for Creative Crafting World